A recent comment from a tester prompted us to write up this application note. WinChime has long had the capability to use any instrument defined in the MIDI sound bank, not just the ones listed in the Instrument drop-down list. This is even documented in the help file… but it’s a little hard to find unless you use the context help feature of Windows, which

WinChime Help has a table of MIDI instruments, in the table of contents at Operations-> MIDI Instruments. (The table is included below). As an example, take Kalimba, with number 109. Subtract 1 to get 108. (Why subtract one? It’s a long story. Just trust me on this.) Enter that number into the edit-box portion of the WinChime main windows Instrument combo-box. 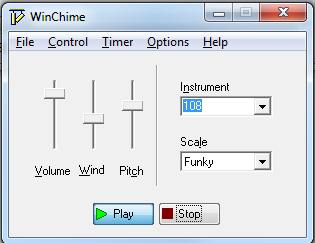 Try playing and see how it sounds. Now try entering other random numbers between 0 and 127. Instruments with a distinct attack and slow decay, such as Tubular Bells, make the best traditional wind-chime sounds, but on some days you might just need “Voice Oohs”, number 54. 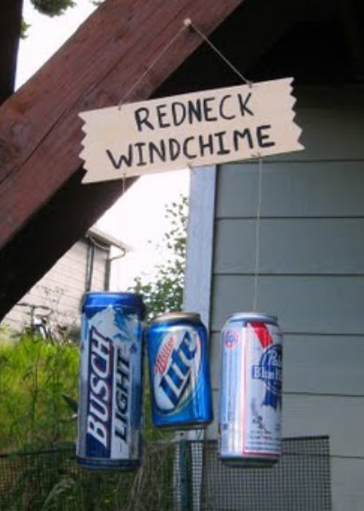 This has been making the rounds of the blogs lately.

What MIDI instrument selected in WinChime gives  a similar sound?