WinChime 1.0, our first Sagebrush product, was released February 27, 1995, running on Windows 3.1 . Win95 would not appear until November of that year, computers were just beginning to come equipped with sound cards and CD-Rom drives, and people wanted something to play on their new devices. Audio takes up a lot of space on 40MByte disk drives, so we took advantage of the built-in MIDI capabilities of sound cards to produce plesant ambient sounds without using much computer resources. 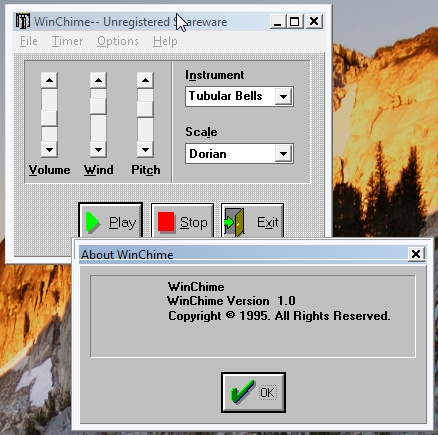 WinChime is still supported and improved. Look for new features in an update later this year.