If you enjoyed Neal Stephenson’s geek-historical-fiction Quicksilver and haven’t discovered David Bodanis Passionate Minds, then run, don’t walk, to the nearest bookseller or library. This real-life account of the turbulent relationship between two premier minds of the Enlightenment is not to be missed. 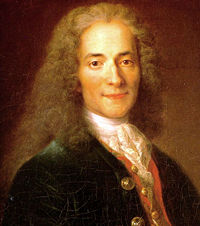 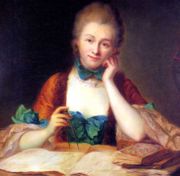 The author gives an account of copy protection used by Voltaire. Printers were suspected of making several thousand extra copies of his books and keeping the profits for themselves. He asked the Prauts of Paris to print a few hundred copies of the first half of Zadig and ship them to him for safe-keeping.

What he neglected to tell them was that under similar secrecy he’d had a like-minded printer in Lorraine prepare a few hundred copes of the second half. He now collected the two sets of unbound pages, hired a few nimble-fingered local women, and had them do all the binding and sewing. The swindlers in Paris and Lorraine had been outswindled: he now distributed, through trusted business associates in Paris, small numbers of exactly the edition he wished.